Inspired by the 50ies and 60ies Atomic Age and all things related to the moon landing and technology, Luna will catapult you straight into the future. 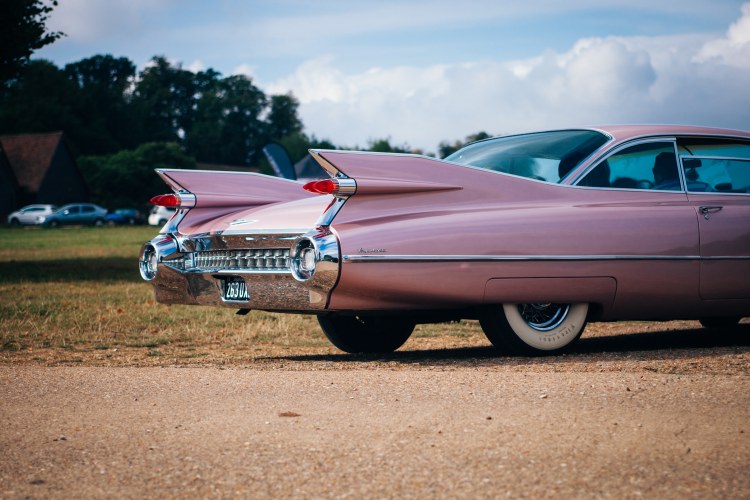 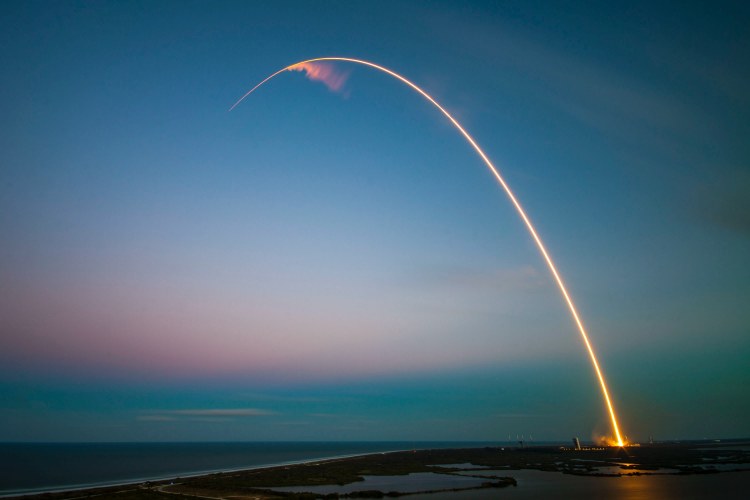 Ruby Luna was originally built as an office building for the German Commerzbank by the architect Paul Schneider-Eslebens back in 1962. The building is one of his biggest contributions to the post war architecture in Germany, after big cities like Dusseldorf were nearly completely destroyed by bombs. And already back then, the building’s airy design and built-in links to new technologies were futuristic and invited you to dream about the years coming.

The best example for the unique style of architecture is the base. You can drive straight through the ground floor of the building with your car – a feature that integrated the automobile and was used for “drive through banking” back in the day. This combination of man, machine, motion (and business) was very forward thinking for the time and represents the architect's vision of how people would be travelling and doing business in the future.

In 1962 the world was enamored with the future and new technology. Many speculated that there would be colonies on the moon by 2000. It seemed like anything was possible and not even the sky was the limit. All these factors were big sources of inspiration for Ruby Luna’s design, that reflects the imaginative and futuristic thinking of the Atomic Age. 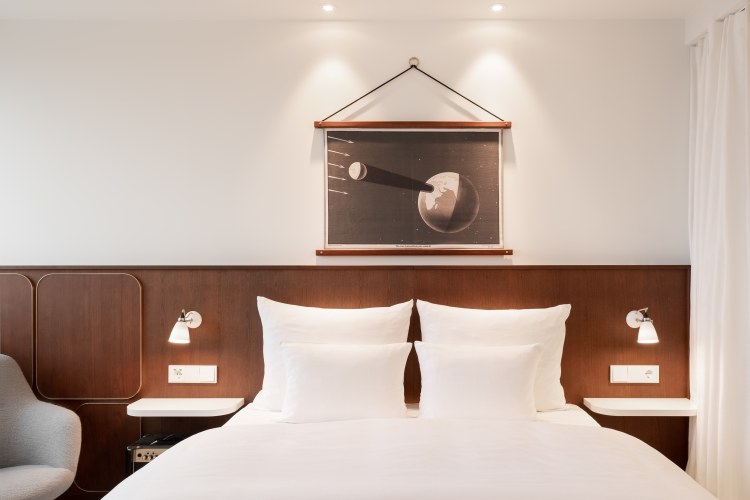 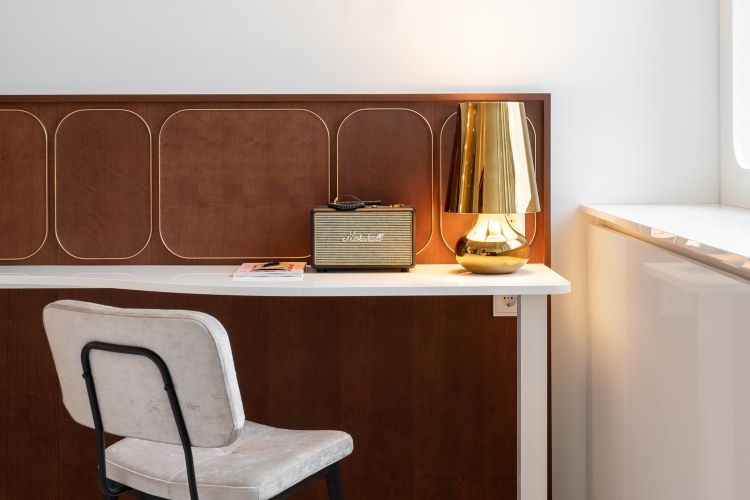 BACK TO THE FUTURE

When talking about Atomic Age, think about the time period between 1943 and 1970, when concerns about nuclear war and the Cold War dominated the Western society. But even earlier - before the Cold War - people initially were really optimistic and excited about the use of atomic energy, which is why all aspects of design, such as Architecture, interior design and fine arts were heavily influenced by the new technology of atomic science. Atomic Age design became popular and instantly recognizable, with a use of atomic themes and space symbols.

Design Aspects that were typical for the time, such as shapes that looked like bursting stars or atoms, angled and dynamic looking furniture and unusual decor were directly inspired by the space race and can be found in Lunas interior as well as one all three of the outdoor areas.

Metallic gold details, optimistic retro colors and organic and rounded forms are hinting toward our out-of-this world source of inspiration. Discover small details, like lamps inspired by rocket ships that remind you of the moon landing and handsourced and unique vintage pieces straight out of the 50ies and 60ies.

The aim is to celebrate the 50ies and 60ies and the technological progress made in that time and that eventually led to the Moon landing. Central values of this time, which are also reflected in the hotel design, were the love of life, the joy of discovering and excitement for the future.

Get ready to take-off and dream of space in Ruby Luna’s design that combines the best of past and future.

We certainly can't wait to welcome you as one of our first guests. Book your stay now and get to know the new star on Dusseldorf’s firmament, Ruby Luna, yourself! 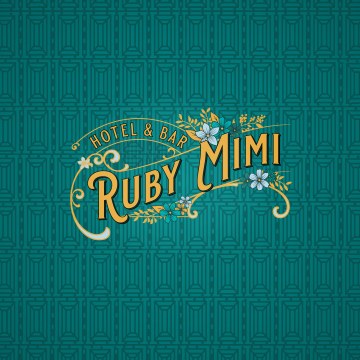 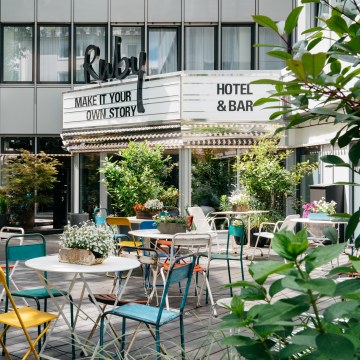 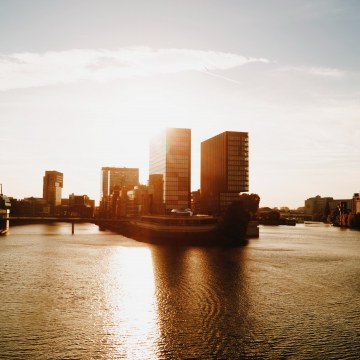 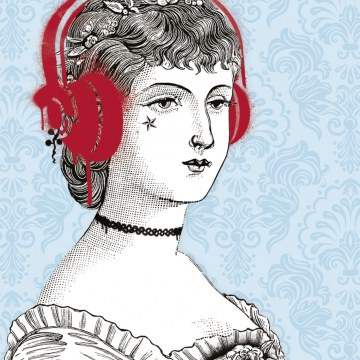